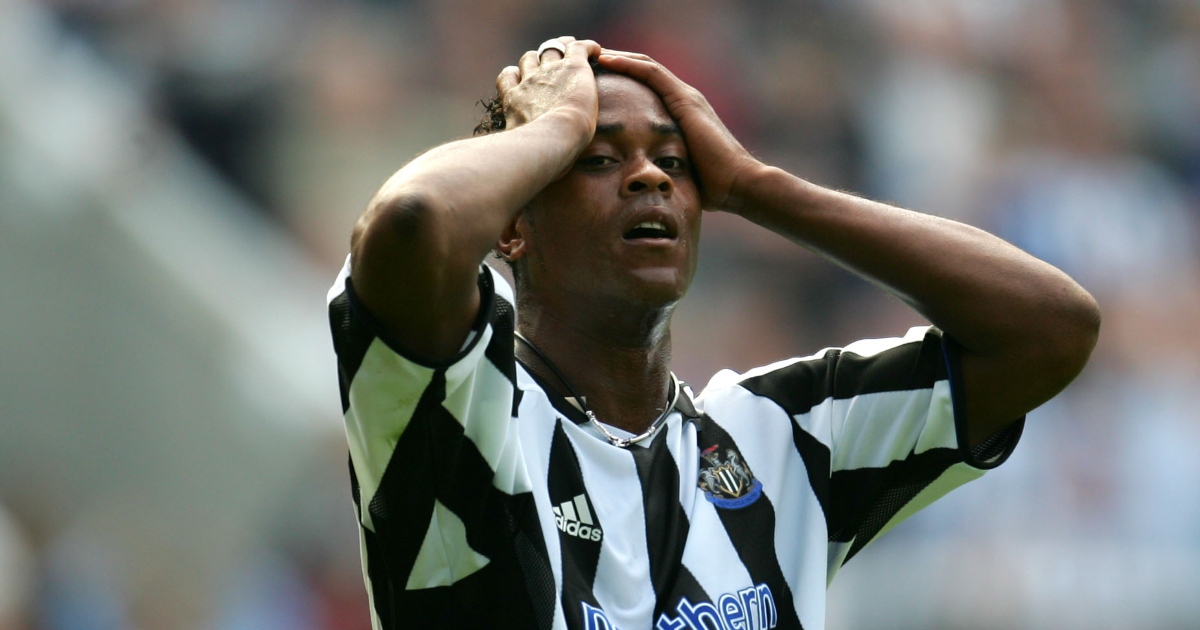 The likes of Manchester United, Liverpool and Chelsea fans have got to witness some of the world’s best players over the years – but other brilliant players simply moved to these shores too late.

Some arrived well past their best years and left a legacy on these shores far different to that which they left elsewhere, while other players were brilliant even after arriving England late in their career but just left us wishing we’d seen more of them.

Here is a selection of players from both categories, who for one reason or other we’ll rue for not moving to the Premier League earlier.

Just imagine if George Weah had scored this goal in the Premier League. It was exciting enough seeing it on Channel 4, but how good would it have been to see it live? Wow.

He did okay on loan at Chelsea in 2000 and certainly wasn’t a disaster at Manchester City, but this is a player who’d won the Ballon d’Or five years previously. We wanted to see that player.

The thought of a Kluivert-Shearer partnership in the mid-to-late 90s would have been an absolute dream for Newcastle supporters.

As it transpired, the duo linked up in 2004-05, which resulted in a 14th-place finish and the Dutchman departing at the end of the season.

Croatia’s all-time leading goalscorer and a star of the 98 World Cup, Suker shone in La Liga for Sevilla and Real Madrid before joining Arsenal in 1999.

Arriving in the Premier League at the wrong side of 30, Suker lasted only one season at Highbury before an equally short stint at West Ham.

One of the stars of Ajax’s Champions League winning side of the mid-90s, Litamanen is fondly remembered at Anfield but did not move to England until he was 30 – and injuries meant he missed all three cup finals of the Reds’ 2001 treble.

He returned to Fulham in 2008 but didn’t even make it onto the pitch once this time after suffering heart palpitations in training.

Clearly, Litmanen and England were just not meant to be. 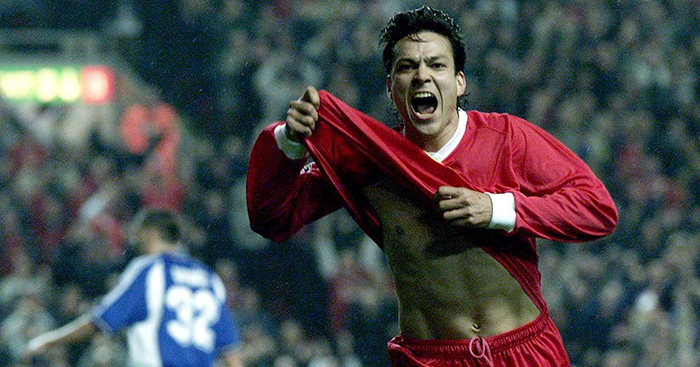 READ: A tribute to Jari Litmanen, the ‘Man of Glass’ who just wouldn’t quit

“Every time I played for Chelsea, I thought, ‘Nice game, beautiful stadium, great crowd, I’m playing well.’ It was the only time I really had fun.”

Gullit did not join Chelsea until he was 32, but it didn’t stop him being named runner-up to Eric Cantona as Footballer of the Year before guiding the Blues to FA Cup glory as player-manager.

One of the great goalscoring defenders, Hierro joined Youri Djorkaeff and Jay-Jay Okocha in Sam Allardyce’s star-studded Bolton side.

Unfortunately, the Spaniard only had the chance to notch once in his solitary season in the Premier League.

“On arrival at United, he seemed a bit of a cult figure with our players. They would say his name in awed tones.”

Larsson only spent 10 weeks at Manchester United, aged 35, but he made such an impression in his short time at Old Trafford that he received a standing ovation in the dressing room after his final appearance. Just imagine if he’d played there in his pomp.

On the subject of Swedish strikers at Manchester United, Ibrahimovic did not move to the Premier League until he was 34 yet still scored 28 goals in a maiden season at Old Trafford which was ended early by injury.

That saw him make only a handful of appearances the following season before he was released and allowed to join LA Galaxy on a free transfer, leaving us all to wonder just how good he’d have been in England at his peak.

One of the most recognisable figures in world football, The Pitbull joined Tottenham in 2005 after over a decade of dominating midfields around Europe.

And he was decent in the Premier League but just not the Edgar Davids, helping Spurs to two fifth-placed finishes before returning to Ajax and then being worse than Shaun Derry at Crystal Palace.

How we wish we’d seen him at his peak.

When Leicester signed Cambiasso following his release from Inter in 2014, the only logical explanation was that his legs must have gone.

The Premier League money won’t have harmed, of course, but it was still quite unbelievable that a team who’d only just been promoted had managed to sign a player of Cambiasso’s pedigree.

His legs most definitely had not gone, though, and finished his one and only season in England as Leicester’s Player of the Year before turning down a new contract to join Olympiacos…which, it is fair to say, he probably regretted a year later when the Foxes were crowned champions of England.

Winning 76 caps for Brazil at a time when he had Dani Alves to compete with, Maicon was the perfect modern full-back and an integral part of Jose Mourinho’s Inter Milan side which won the treble in 2010.

Sadly, after joining Manchester City aged 31, injuries robbed Maicon of the chance to replace Pablo Zabaleta or Micah Richards in Roberto Mancini’s XI, and he made only four starts before returning to Serie A.

Youri Djorkaeff won the World Cup and European Championship. He won the UEFA Cup with Inter. He was once named in FIFA’s Team of the Year. And aged 33, he signed for Bolton Wanderers.

He was bloody good, too, even scoring a bicycle kick to rival that one he had scored for Inter all those years previously, but it came on the back of an eight-game goalless streak and for a team fighting relegation. He scored it almost on muscle memory, but his body couldn’t handle that sort of brilliance every week by then.

Oh how we wish we’d got to see the body that could.

Youri Djorkaeff at Bolton Wanderers: Don’t try to explain it, just enjoy it

Can you name everyone who’s won Champions League & World Cup?

An ode to Patrick Kluivert, a proper striker whose career peaked too early

Remembering Fernando Hierro at Bolton: A class act even at 37