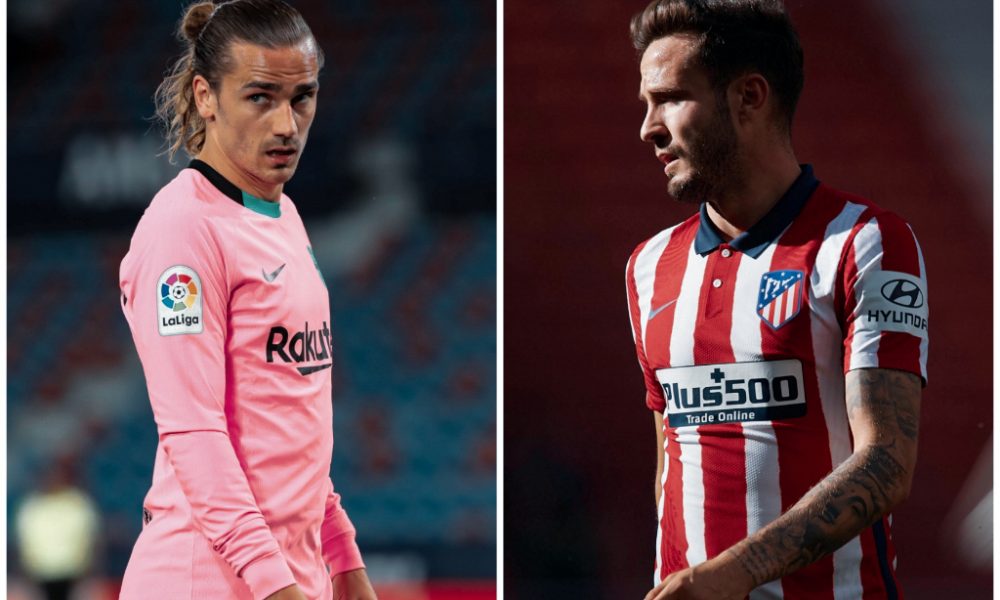 Over the last week or so, Barcelona’s summer transfer window picked up in intensity and desperation. According to reports, the Catalans need to cut almost €200 million from their wage bill in order to renew Lionel Messi and register new signings Sergio Aguero, Memphis Depay, Eric Garcia, and Emerson Royal for next season.

Other reports are equally damning, stating that securing Messi’s renewal requires offloading Antoine Griezmann, as the club can not afford to keep both on their payroll. This comes as a result of La Liga’s new financial regulations, involving a league-wide salary cap with the intention of tightening up finances.

With only a month left until the start of next season, Barcelona are in a desperate race against time. To make matters worse, they have yet to offload various players who are surplus-to-requirements, such as Samuel Umtiti and Miralem Pjanic.

However, new reports claim that Barcelona and Atletico Madrid are discussing a potential swap-deal involving Antoine Griezmann and Saul Niguez. Griezmann’s time with Barcelona has been underwhelming, to say the least, and a return to Atlético could be exactly what he needs. Conversely, Saul is reportedly looking for a move out of the Spanish capital. 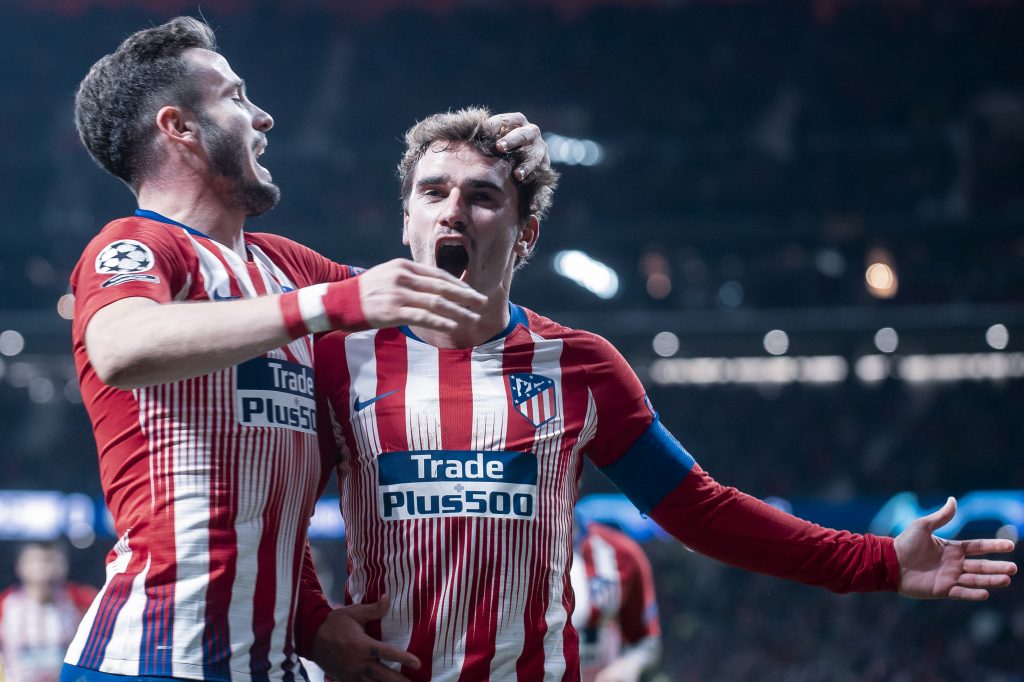 Now, one question is on everyone’s mind: should Barça be open to the swap or hold out for another deal?

Background to the deal

On the surface, the reasons for a potential swap deal will elude most. After all, why would Barça swap last season’s second-leading goalscorer for an out-of-form and out-of-favour option in Saul?

Well, taking financial and sporting reasons into account, the move makes plenty of sense for both parties involved. For the Catalans, offloading Griezmann’s hefty contract (that runs until 2024) would give them plenty of flexibility to strengthen the squad further and reduce their aforementioned spiralling wage bill. Additionally, Saul fits the profile they are looking for in midfield, in terms of age, quality, and style. 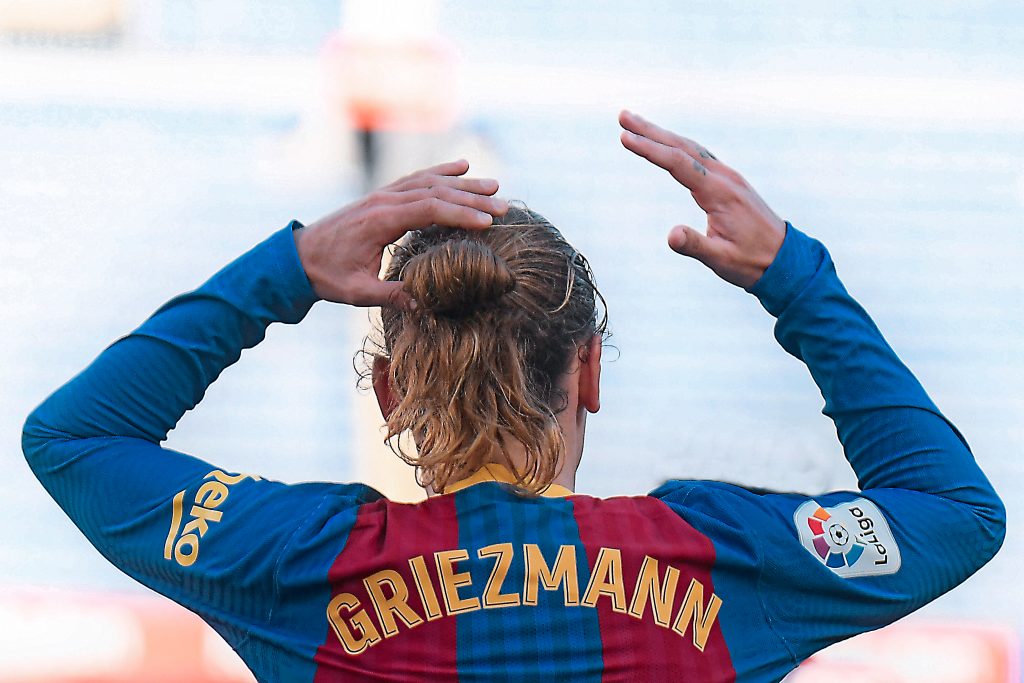 Griezmann’s two years at Barcelona have been far from ideal. (Photo via Imago)

On the other hand, Atletico would (supposedly) absorb most of Griezmann’s wages but simultaneously have a proven player in Diego Simeone’s system. With the already-secured Rodrigo De Paul, Griezmann would add more firepower to Atlético’s improving attack.

The addition of the Frenchmen would surely elevate Atleti beyond only La Liga favourites, giving them more edge in the Champions League. Los Rojiblancos have a penchant for prying Barça’s unwanted forwards – Luis Suarez and David Villa – to great effect.

With the potential reasons and motivations in mind, let’s take a closer look at Saul and see what Barça could be getting in return for Griezmann.

Heading into the offseason, Ronald Koeman was adamant about signing a particular type of midfielder, someone dynamic, versatile, high-working, and technical. This player would add a new dimension to the Catalan midfield, provide more numbers and the possibility for rotation — almost imperative for Barcelona’s rebuild.

In many ways, Georginio Wijnaldum fitted that profile. But, when he signed with Paris-Saint Germain instead, Barça were left high and dry. Now in search of an alternative, they should look no further than Saul.

Still only 26-years old, Saul has been a critical part of Atletico Madrid’s midfield for almost six years. The Spaniard has made over 300 appearances for his club and 19 for the National Team. Although he was called up to the 2018 World Cup, he stayed at home for Euro 2020 due to a lacklustre season.

Saul is an extremely versatile player, capable of playing as an adventurous box-to-box midfielder, in a more defensive-minded role, or even out-wide. He is often plugged into various roles by Simeone and excels more often than not. In fact, he has even played across the backline. 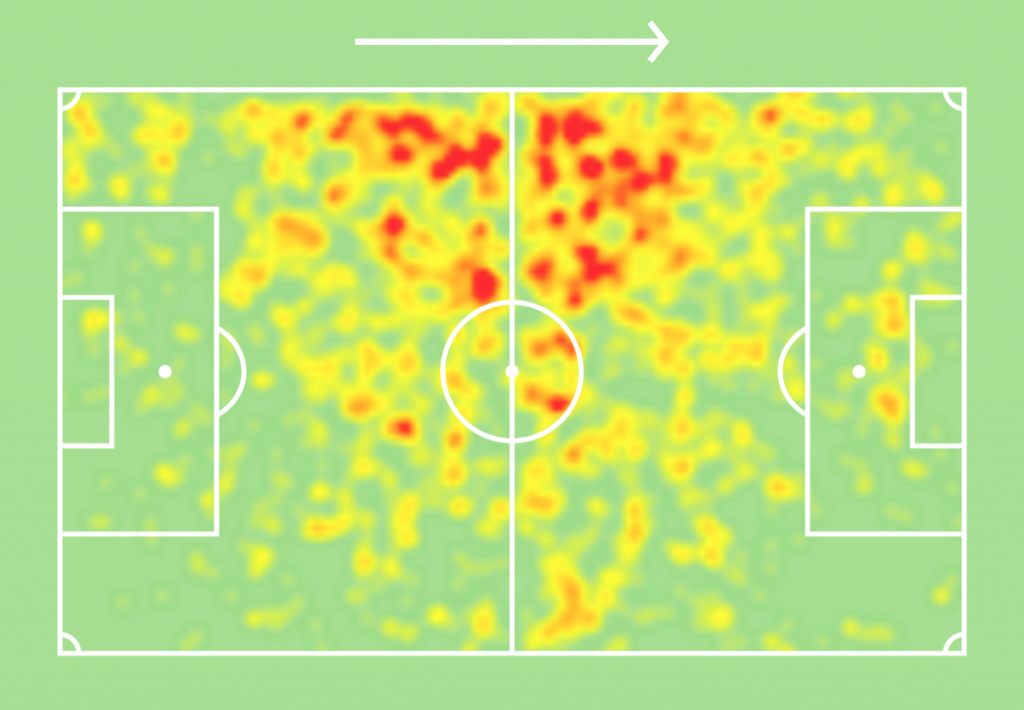 Saul’s heatmap for the 2020/21 La Liga season; courtesy of Sofascore

He is an overall dynamic and athletic presence in the midfield, propelling the ball forward with incisive runs, expertly distributing possession, and being a dominant force defensively. Additionally, his physicality and stamina stand out, making him a complete midfielder for Simeone’s high-working sides. Other than last season, Saul has finished at least top-three in his squad for total minutes played since 2017/18.

Statistically, Saul averaged an astounding 4 tackles plus interceptions per game last season, not to mention 2 tackles won per game, according to FBref. His 2.76 aerial duels won per 90 minutes put him in the 94th percentile compared to his positional peers.

In the final third, he has tallied at least ten goal contributions in four of his last six seasons. Admittedly, his recent numbers fail to show the extent of his attacking capabilities, but that can be attributed to his role in the team rather than an indication of a lack of quality.

Although Saul could bring a lot to the Catalans midfield, he has admittedly stagnated this last season. Specifically, his role in the team is less clear than ever due to the emergence of Marcos Llorente, the reliability of Koke, and a changed midfield in a three-man backline. With the addition of Rodrigo De Paul, what will Saul’s role in the midfield be next season? 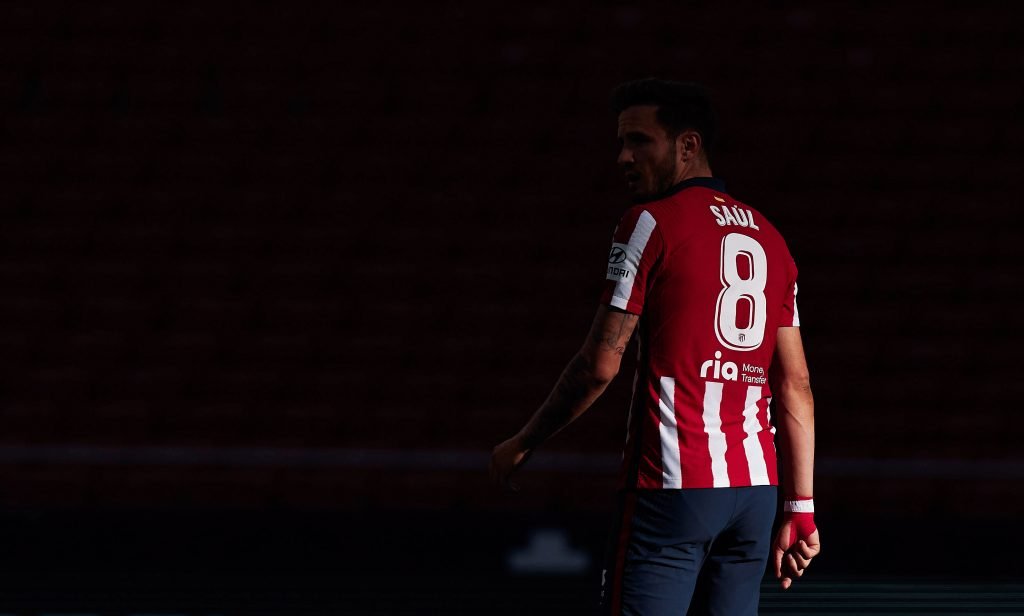 Saul is in danger of further straying into the shadows at Atleti. (Photo via Imago)

With his profile in mind, what would gaining Saul mean for Barcelona? To start, it would allow Koeman to rotate Sergio Busquets, Pedri, and Frenkie De Jong, without worrying about a huge dip in quality.

Tactically, Saul would fit into Barça’s possession-oriented approach while adding an  “X factor” they desperately need. He can play as an interior in a 4-3-3 or 3-5-2, he can fill in as a worthy deputy in the defensive midfield system, or even in a double pivot in a 4-2-3-1 or 3-4-3.

In terms of factors on the pitch, losing Griezmann has a few consequences. First, there would be less depth up front, and Barça would likely start a front three of Memphis Depay, Sergio Agüero, and Lionel Messi – which comes with its own questions. Second, losing Griezmann’s work rate would hurt, particularly with the team’s overall disjointed pressing and defensive positioning.

However, the aforementioned financial reasons can not be ignored, and Griezmann is admittedly out of place on the pitch alongside another number 10 like Messi.

What should Barça do?

On paper, a direct swap for Saul and Griezmann would likely be in Atletico’s favour. However, there are more factors at play than just reputation or sheer ability. If Barcelona have no choice but to offload Griezmann due to financial reasons, this swap deal could be better than most. In an ideal world, Barça could tack on another Atlético player to facilitate the swap — someone like Marcos Llorente, or perhaps even Koke. 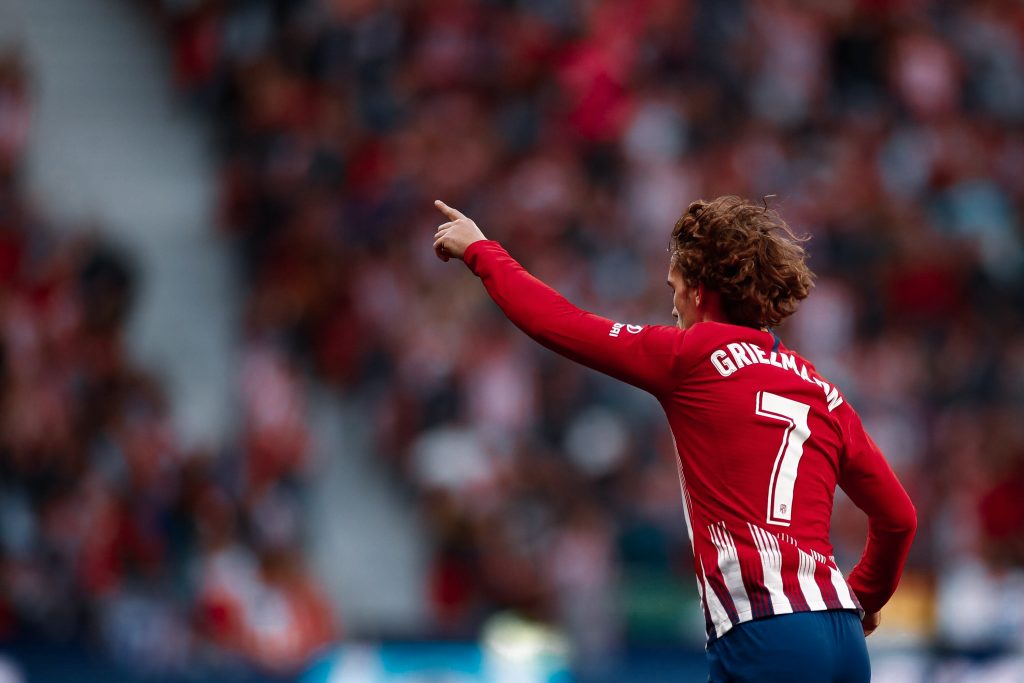 Griezmann was a monster at Atletico Madrid, and Barça could potentially further strengthen them. (Photo via Imago)

Saul is a more natural fit at Barça than the Frenchman, and at 26, he can be a fairly long-term option in the middle of the park. Additionally, the team would have more financial flexibility to strengthen other parts of the squad. The Spaniard may not be lighting things up like he used to, but a change in scenery could bring the best out of him yet again.

In the end, the Blaugrana will just have to live with the consequences of potentially making the defending champions even stronger.