Ilaix Begins Preseason with Barca B 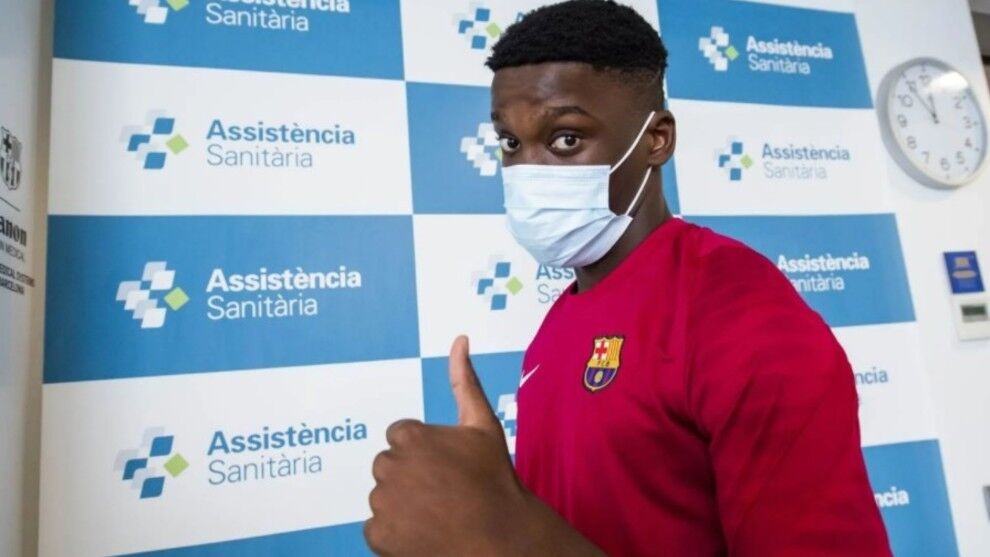 Ilaix Moriba has undergone his medical and fitness tests and he will join Barcelona B for their pre-season preparations which are set to kick off on Tuesday.

Barcelona decided to demote Moriba to the reserves, where he will train under Sergi Barjuan, after the player turned down the club’s contract renewal offer.

The 18-year-old midfielder was promoted to the seniors by Ronald Koeman last season and was even given playing time in important games in the final stretch of the course.

However, talks over a potential contract extension have stalled and Barcelona decided that Moriba, whose current deal expires next summer, will start pre-season with Barcelona B.

Sergi Barjuan at the helm

Six Barcelona B players joined the first team for pre-season, while Mika Marmol has tested positive for COVID-19. Marmol is in good health, but he has gone into self-isolation at home, following the relevant government protocols.

Meanwhile, new coach Barjuan will supervise his first training session with Barcelona B on Tuesday after replacing Garcia Pimienta, who was dismissed by the club back in June.