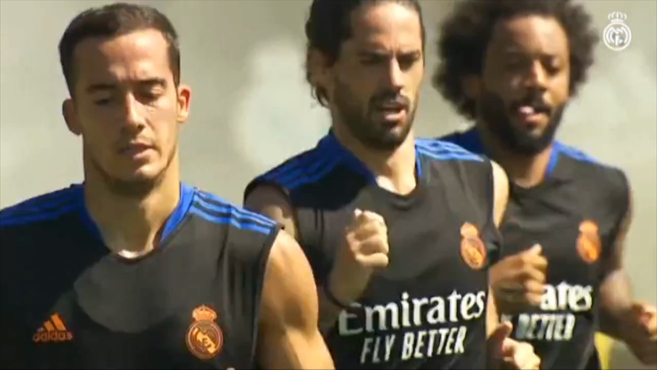 The players began with a warm-up and light training before moving onto looking at strategy work and set pieces.

Afterwards, the Real Madrid players that were present played some short intense matches with small goals and in tight spaces, before finishing by dividing the squad into four different groups and doing running drills.

Joining Ferland Mendy in his absence on Saturday was Luka Jovic. Instead, Jovic was asked to train indoors rather than on the pitch with the rest of the players.

Sunday will mark the return of game time for Los Blancos, as they participate in a training match at Valdebebas against Fuenlabrada.