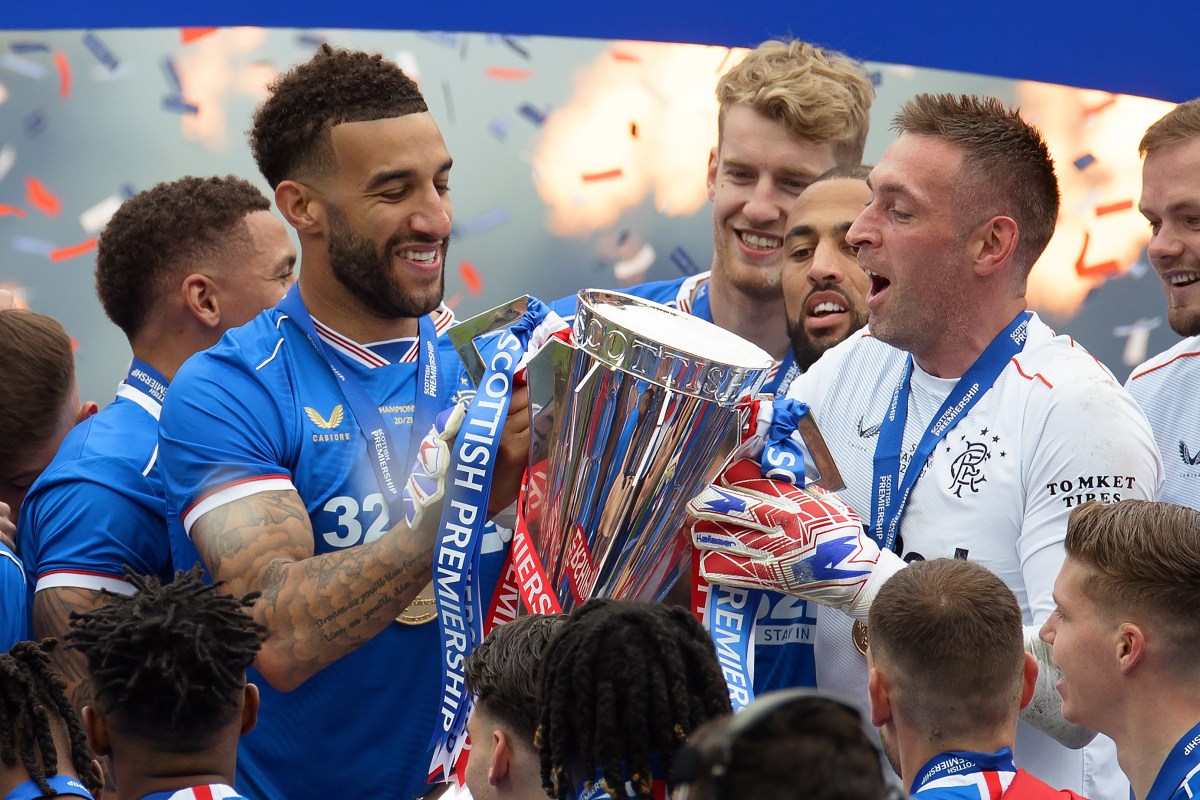 Goldson, who is entering the final year of his contract but hinted he could be set to extend his stay, says he’s already forgotten about last season’s Premiership title success and is hungry for more silverware.

While he will always cherish the title glory he doesn’t believe their unbeaten league campaign will fully sink in until he has hung up his boots.

The Light Blues stopper said: “I am desperate for the season to start.

“We are working hard every day, it’s been tough so far, but we want to go on and try and dominate in Scotland.

“I don’t see any reason why we can’t. It will be tough and we are going to have to be 100 per cent every game.

“But if we can get to the levels we were last season when we were as hungry as we have ever been then we have a good chance.

“Have I had time to reflect on last season? Yes and no.

“I sat down for a bit during my holiday and thought about it and it sunk in a little bit.

“I don’t think it will be until the end of my career when I can really look back on last season and see how special it really was.

“As soon as you start running in pre-season your only focus is on the future, so I don’t want to look back too much.

“We know we have made history but now do we want to go and dominate or be known as the team who won 55?

“Personally that’s where my head is at and the gaffer will be drilling it home every day to make us go on and dominate.

“Now we have had the taste of success and we have seen what the club’s all about last season.

“You can only imagine what it will be like with a full house at Ibrox when we are winning trophies and playing in the Champions League in front of them.”

Rangers drew 0-0 against Goldson’s former club Brighton and the big stopper admits he will always be grateful to the Seagulls for standing by him after needing heart surgery.

Speaking to Rangers TV, he added: “Going through the operation, the players, coaching staff, medical team, they were all amazing with me and they made me feel like I was part of the promotion season even though I didn’t pay as much as I wanted to.

“I have never had a bad word to say about me as they really looked after me.

“I am thankful to them for the time they gave and for also when it was time for me to move on they were brilliant in letting me go.

“The manager at the time Chris Hughton knew it was time for me to play after the operation and he let me come to Rangers when I wanted to.

“I only have fond memories of being there and I still have friends at the club.”