Report: Barcelona attentive to Real Sociedad keeper for next season 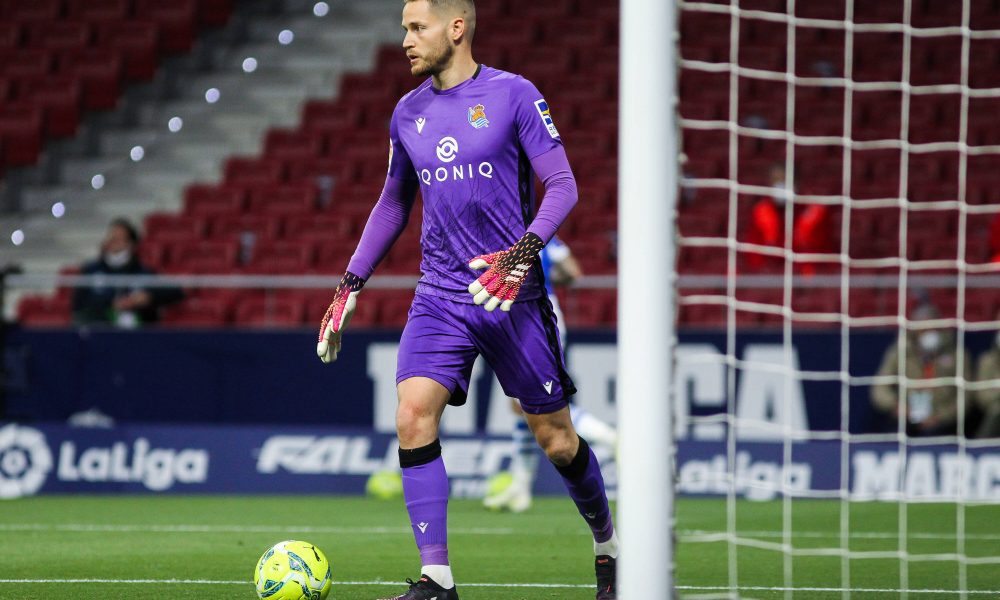 Squad planning for Barcelona under Joan Laporta’s second presidential tenure is underway in full swing, as the total overhaul being conducted by the Spaniard is not limited to just the financial structure but also the sporting department.

The club’s current board is not engaging in simple, short-term planning like their predecessors but also considering transfers for the long run. One of the positions that they are planning for currently is for who will take over between the sticks, with multiple keepers linked with a move to the Catalan giants.

With Marc Andre ter Stegen out injured for the time being and backup goalkeeper Neto inevitably on his way out, Barcelona are already certain about Inaki Pena’s integration into the first team. Still, they want to plan for future signings between the sticks, and one of the names in consideration is Alex Remiro, according to reports from SPORT.

Remiro’s current contract expires in 2023, which has turned Barcelona’s heads towards the 26-year old shot-stopper, who has been non-committal to Real Sociedad lately. There is no rush to incorporate him, but the Catalans are reportedly keeping tabs on his situation for a potential move next summer, when there will also be more clarity and, hopefully, improvement regarding their financial situation.

While ter Stegen remains the number one option for the foreseeable future, with optimism regarding Pena for the long run, Remiro could be a good investment if and when the need for another backup keeper arises.