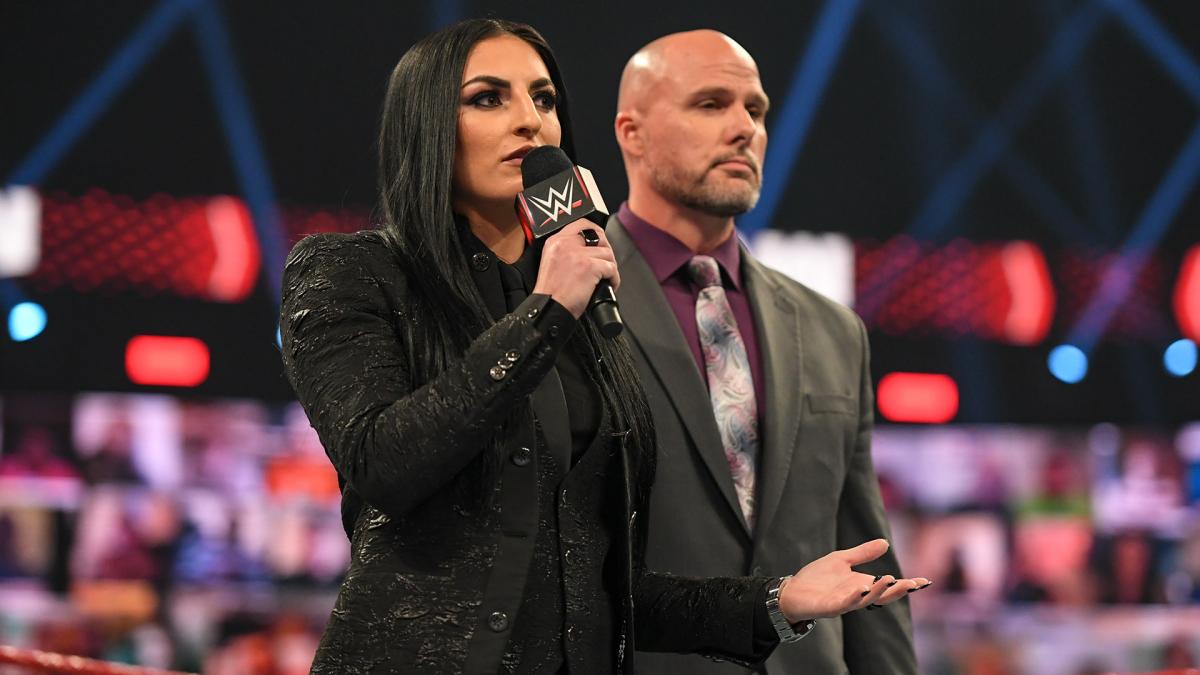 It’s been almost a year now since Sonya Deville lost a Loser Leaves WWE match to Mandy Rose at SummerSlam. She took a few months off after that — as she had a serious issue related to a terrifying incident involving a fan attempting to attack her — and then returned in January of this year to step into a new role.

The way they got around the stipulation of her having to leave WWE was to hire her as a special assistant to Adam Pearce, one who doesn’t wrestle anymore. It’s hard to imagine that will last forever, even if she’s proven to be great in this role.

When asked how much she’s itching to get back in the ring during an interview this week’s episode of “The Bump”, Deville sounded perfectly content to stay right where she’s at:

“I love doing what I do right now. I think it’s a natural fit. I’m a leader in life and I think it transitions well into a suit and tie. I love being in charge. I’m content where I am right now. At the end of the day, of course, I’m a fighter, but I’m really enjoying growing and learning in this role and I don’t see an end to it anytime soon.”

Hey, no reason to rush back when everything is working out just like it is, right?