Video: Matt Brown: ‘I could retire right now if I wanted to, I just love fighting’

Home > Uncategorized > Video: Matt Brown: ‘I could retire right now if I wanted to, I just love fighting’ 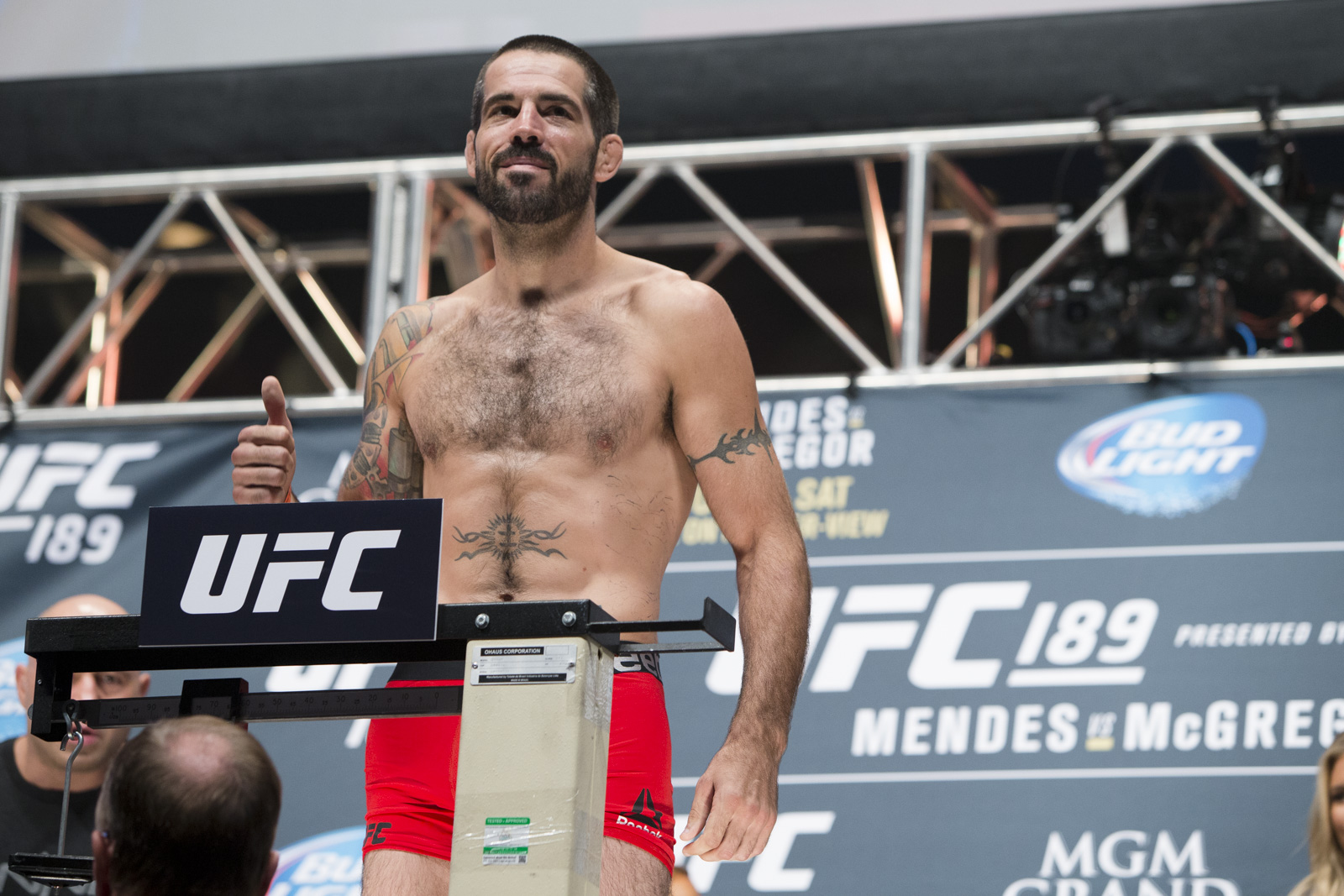 One of the most difficult realities any mixed martial artist will face when it comes for a career to end is what exactly comes next.

While some fighters just can’t give up the thrill of competition because the sport is all they’ve ever known, others struggle financially once MMA is no longer paying the bills. For Matt Brown, he’s worked tirelessly outside the cage to ensure he’ll never have those issues whenever he finally decides it’s time to retire.

Ahead of his showdown against Dhiego Lima at UFC Vegas 29, Brown is getting ready for the fight in his own gym — Immortal Martial Arts in Columbus, Ohio — a facility he built from scratch that has now turned into a thriving facility for athletes of all ages from the Midwest. On any given day, Brown will be training alongside world class wrestlers, Brazilian jiu-jitsu practitioners and championship level kickboxers who will constantly push him to be better than he was when he stepped into the gym.

But beyond his own preparation, the 40-year-old welterweight veteran started his own business to ensure that he was always fighting for the right reasons.

“That was the whole point of building the gym and the coffee company, to have something for when I retire,” Brown explained when speaking to MMA Fighting. “Try to maximize my brand while I’m out there in the spotlight a lot.

Brown has never been shy when describing his passion for fighting but unlike so many athletes creeping towards the end of a career, he’s not concerned about what the future holds for him.

In fact, Brown has openly admitted that he expects his coaching career to far exceed what he’s done in the cage and he’s already seeing those results in the young up and coming talent currently succeeding at his gym.

“That’s a coach’s job — to make a fighter better than they were,” Brown said. “That’s exactly what a coach’s job is. I definitely think I’ll be a better coach than fighter. We’ve got some real good talent right now. We’ve got some good guys coming up. Just in the last two months, we’ve won two amateur titles. These guys are about to go pro. We’ve got some real good talent. We have another guy that’s going to be fighting on the Contender Series in September, AJ Dobson, and as these guys get better and better, they’re going to require more time.

“So that’s going to require more of my time. I think the transition will be natural over time but right now I’m focused on my fight and what I’m doing.”

While the outside ventures like his gym and the coffee company are what he’ll spend years focusing on once fighting is over, Brown is still more than committed to his career inside the cage right now and he believes there’s still plenty more to come.

“I’ve lost my last two but I still feel like I’m out there performing well,” Brown said. “I’ve got a lot left to prove. I think I have a lot left in my tank. I think there’s a lot I can still do in the sport. It’s like it’s the never ending mystery, trying to put everything together so you perform on that night. That’s what I’m trying to do.

“I’m trying to get more experience and trying to motivate the next generation that I’m going to help start coaching. Show them, inspire them and show them you can do this too. I’m just a person who works harder than everyone else. Of course, I’ve got some gifts, some genetic gifts and some special things about me but you can have those things, too. There within yourself. You can go out there and do this if you really want.”

This weekend, Brown will be taking on a familiar face in Lima, who he’s actually trained alongside in the past not to mention coaching against him during a previous season of The Ultimate Fighter.

“Me and Dhiego know each other,” Brown said. “I fought his brother, I coached him on The Ultimate Fighter so we know a little bit about each other, we know each other’s style. I mean obviously tons of tape on me, everyone knows what I’m going to do, my tendencies and everything. I know Dhiego pretty well. We trained together a little bit so we’ve felt each other’s bodies before. We know our strengths a little bit. I coached against him when I was with Jesse Taylor. I coached Jesse through that whole camp to fight Dhiego.

“I don’t think there’s no secrets in this fight. There’s no ‘I wonder what he’s going to do.’ We know each other and we know what we’re both bringing to the table so we’re both going to go out there and I think it will be a great show.

If that wasn’t enough, Brown also holds a second-round TKO victory over Douglas Lima — a former Bellator welterweight champion and Dhiego’s older brother — and that always adds a little extra to the story that’s about to unfold in the cage.

“I’m real excited for this one and I know he’s going to be looking to get revenge for his brother,” Brown said. “I don’t know if that’s a motivation for him but it’s gotta be a little bit in the back of his brain. You want to get that one back for him.

“I’m sure his brother’s feeling that way like ‘get that one back for me.’ So I expect him to come out ready.”